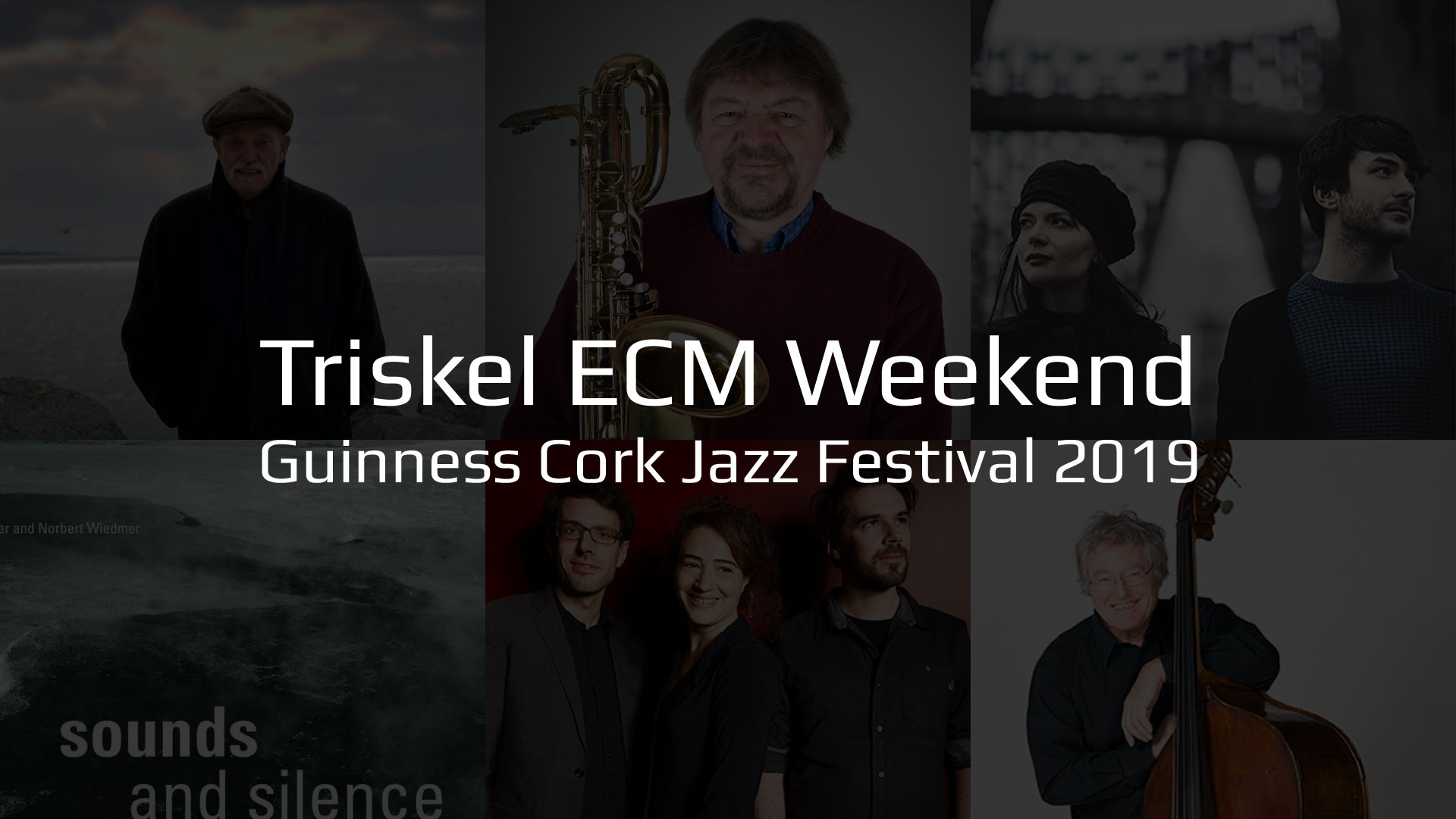 The Triskel ECM Weekend is an integral part of the Guinness Cork Jazz Festival and this year, to mark the prestigious jazz label’s 50th anniversary, Triskel have curated a weekend of cinema and concerts. It begins with the acclaimed John Abercrombie documentary Open Land on Friday 25th October and finishes on Sunday night with a solo concert from ECM veteran and jazz bassist Arild Andersen.

Anderson is a key figure in the ECM stable and has been one of Europe’s leading musicians for more than thirty years. He will form part of a double bill with the acclaimed duo Elina Duni and award winning virtuoso guitarist Rob Luft. Next year, Duni and Luft are scheduled to release a new album on ECM and concertgoers will get to hear their new collaborations exclusively live in Triskel, as well as music from Elina Duni’s album Partir.

On Saturday 27 October, renowned veteran ECM artist John Surman will present a special concert with pianist Vigleik Storaas. A stalwart of the ECM record label, composer and multi-instrumentalist Surman is a key figure in a generation of European jazz musicians who crucially expanded the international horizons of jazz.

An intimate portrait of the great guitarist, filmed near the end of his musical journey. The film by Director Arno Oehri and Producer Oliver Primus also features contributions from Gary Versace and Adam Nussbaum among others.

8pm Screening of Sounds and Silence: Travels with Manfred Eicher

If every film has a soundtrack, does it not stand to reason that every soundtrack has a film? This would seem to be the guiding question behind Sounds and Silence. In this unprecedented DVD release, documentarians Peter Guyer and Norbert Wiedmer set out to capture ECM Records as a living entity in which human labour and ingenuity are the dual heart of musical life. Although billed as a “road movie” and patterned by footage of label founder and producer Manfred Eicher in various states of transport, it is equally concerned with the non-literal paths that have led to the creation, sustenance, and influence of the German imprint and its ongoing permutations. They keyword here is “ongoing” because Eicher and his trust have only intensified their productivity since 1969, when it all began, to the point of releasing, on average, an album per week.

A stalwart of the ECM record label, composer and multi-instrumentalist John Surman is a key figure in a generation of European jazz musicians who crucially expanded the international horizons of jazz. In his long career, John Surman has won many accolades, most recently, the prestigious Ivor Novello Jazz Award, which recognised his prowess on the baritone saxophone and his body of original works that have extended far beyond the perceived boundaries of the jazz repertoire and are fired by the contrasts of exquisite lyricism, richly textured sound, and intense, full-bodied improvisation.

John Surman is revered internationally for his pioneering approach to composition and collaboration, which includes work with brass ensembles, choirs, string quartets and orchestras. In 2019 Surman celebrates his 75th birthday, and here he is joined by the accomplished Norwegian pianist, Vigleik Storaas.

Elina Duni is a Swiss-Albanian singer. Having been signed to ECM Records since 2012, her hallmark combination of traditional Albanian folk songs and jazz has led to worldwide critical acclaim. For this new project, she is joined by guitarist Rob Luft, acclaimed as one of the rising stars of London's flourishing contemporary jazz scene. Luft's playing incorporates echoes of West African high-life, English folk and indie rock, and his joyously original sound finds an ideal counterpart in Elina Duni's vocals. Together, they steer us on a journey through timeless folk songs which still resonate so truly today.

One of Europe’s leading bass players since the early 1970s, Arild Andersen started out as a member of the Jan Garbarek Quartet (1967–73) and has played and toured with, amongst others, John Abercrombie, Stan Getz, Pat Metheney, Paul Bley, John Scofield and Sheila Jordan. He has recorded 22 albums with ECM, been Artist in Residence at The Molde International Jazz Festival, received Jazz Musician of the Year 2008 from Academie du Jazz in France and has also spent time investing the possibility of combining traditional Norwegian folk music with improvised music.

Triskel Arts Centre is a vibrant cultural HUB in the heart of Cork City and celebrated 40 years in 2018. The main auditorium Triskel Christchurch is a multidisciplinary space housed in a fully refurbished neoclassical Georgian Church. This state of the art venue which launched in 2011 is programmed with a rich bill of live music – with a focus on Classical and Jazz concerts, cultural cinema, visual art exhibitions and literary events. Triskel runs a second contemporary art room Triskel Gallery Space. Unique in Ireland, Theatre Development Centre is the only fulltime operation dedicated to the development of theatre, this is managed by Corcadorca Theatre Company. Cork Traveller Women’s Network relocated their Headquarters to Triskel in 2018 and yoga and dance studio The Collective Cork took up residence in May 2018. Scrypt Café Bar is an atmospheric casual dining and coffee space with a great brunch and lunch menu and a tapas style evening offering.

Tickets available for purchase from: www.triskelartscentre.ie  or 021-4272022.
For more on the 42nd Guinness Cork Jazz Festival see www.guinnessjazzfestival.com