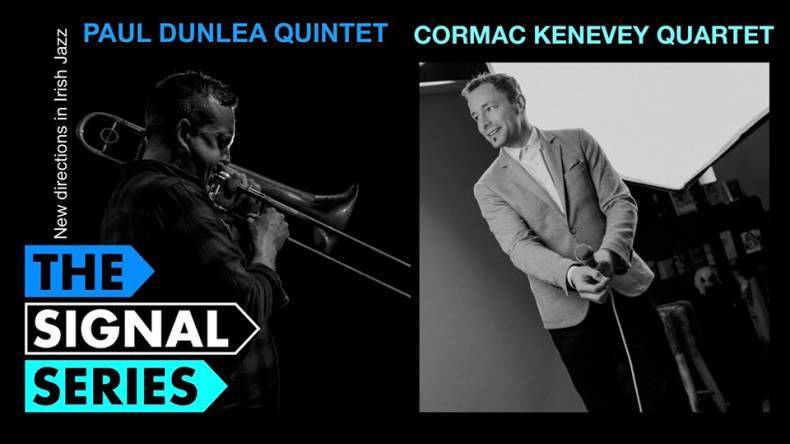 The Signal Series is a live monthly double-header concert series from IMC presenting the best emerging and established jazz acts from across Ireland. Part of IMC’s commitment to celebrating Irish-based jazz talent in 2019, the Signal Series takes place in Dublin’s newest live music venue, The Wild Duck, in Temple Bar on the last Tuesday of each month. On the bill in May are Cork-based trombonist Paul Dunlea with his quintet, and the stylish singing of Cormac Kenevey with his quartet.

From an initial career as a software consultant, Cormac Kenevey followed his musical dreams to release his first album on the CANDID label in 2006 - This is Living, a collaboration with the exceptionally talented Dublin stalwart Phil Ware and his Trio. This was followed in 2009 by his second album The Art of Dreaming. His tour dates have included locations in London (Ronnie Scott's, Pizza Express Dean St), around Europe, and as far afield as Abu Dhabi and Mexico, besides which he has found the time to complete a Masters in Jazz Vocal Performance.

He released his latest album Turning Skies in 2018. Described as having ‘an authenticity that reaches beyond the usual jazz cliches’ [Irish Times], the new record pays tribute to the stylings of his many influencers as a jazz singer and features new lyrics to music by Brad Mehldau and Irish composer Julien Colarossi.