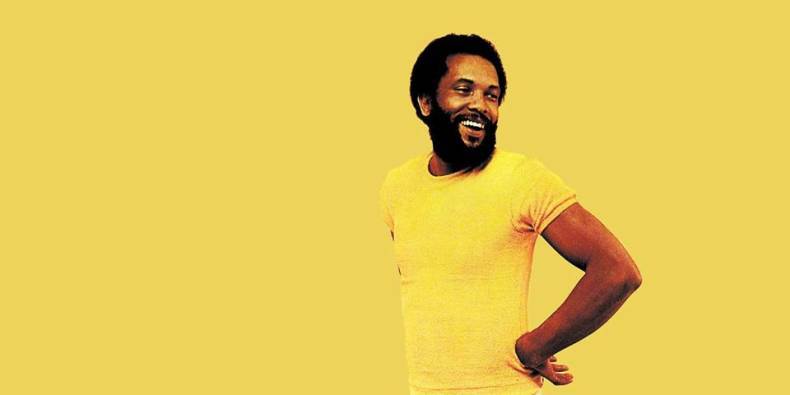 Roy Ayers is an American funk, soul, and jazz composer, vibraphone player, and music producer. Ayers began his career as a post-bop jazz artist, releasing several albums with Atlantic Records, before his tenure at Polydor Records beginning in the 1970s, during which he helped pioneer jazz-funk

Vibraphonist/vocalist Roy Ayers is among the best-known, most loved and respected jazz/R&B artist on the music-scene today.

Now in his fourth decade in the music business, Ayers, known as the Godfather of Neo-soul, continues to bridge the gap between generations of music lovers. In the 60’s he was an award-winning jazz vibraphonist, and transformed into a popular R&B band leader in the 70's/80's. Today, the dynamic music man is an iconic figure still in great demand and whose music industry heavyweights, including Mary J. Blige, Erykah Badu, 50 Cent, A Tribe Called Quest, Tupac and Ice Cube.

Many of Ayers' songs including: “Everybody Loves the Sunshine”,”Searchin”, Running Away” have been frequently sampled and remixed by DJ’s worldwide.

Roy Edward Ayers, Jr. was born in Los Angeles, CA on September, 10 1940. He comes by his affinity with music naturally, as his mother Ruby Ayers was a schoolteacher and local piano instructor and his father Roy Sr., a sometimes-parking attendant and trombonist. As it often happens in a household filled with the love and the appreciation which for music, Roy began to demonstrate his musical aptitude by the tender age of five, by which time he was playing boogie woogie tunes on the piano. He turned to the steel guitar by the age of nice, had stints during his teens playing flute, trumpet and drums before embracing the vibes as his instrument of choice.

Perhaps Roy’s karmic destiny as a vibraphonist was by his parents’ decision to allow him attend a concert featuring the great Lionel Hampton’s Big Band. During “Hamps” customary stroll down the aisle to thank you his audience for attending, he noticed and ecstatic five-year-old boy. So impressed was "Hamp" by the child’s ebullience he walked over and presented young Roy Ayers Jr. with the gift of a lifetime- a pair of vibe mallets. During Roy’s adolescence, although his parents required that his schoolwork remain his primary focus, his mother managed to fit in piano lessons, which served to enhance his public school education. In addition to Roy’s involvement with various instruments, he also sang in the church choir. Then, at seventeen years of age his parents presented him with a set of vibes and the rest, as they say, is history.

Roy began at first study independently, then eventually discovered that Bobby Hutcherson, a rising vibraphonist, lived in his neighborhood, and subsequently he began to work under Bobby’s tutelage. Their relationships as friends and musicians blossomed, with regular meetings between the two to collaborate and practice. During this period, Roy went on to form very first group of which he was the leader, while a student of Jefferson High school. Appropriately enough, he first named the group the Jefferson Combo, later re-naming the group to the Latin Lyrics. After graduation from Jefferson High, Roy attended Los Angeles City College where he studied advanced music theory.

By 1961 Roy had become a well-rounded, full-fledged professional musician, and as is customary in nuturing African-American households, at twenty-one the keys to the door. As the adage goes, if you are blessed, when one closes another one opens. Fortunately for Roy, he had just begun to receive his musical blessings, as early in his career, he collaborated and performed with likes of Chico Hamilton, Teddy Edwards, Jack Wilson, Phineas Newborn and Gerald Wilson. Shortly thereafter, Roy made his recording debut with Curtis Amy, a highly regarded saxophonist, with whom he recorded “Way Down” and “Tippin on Through”.