New album from The Celtic Hotclub - A Meeting Of Strangers 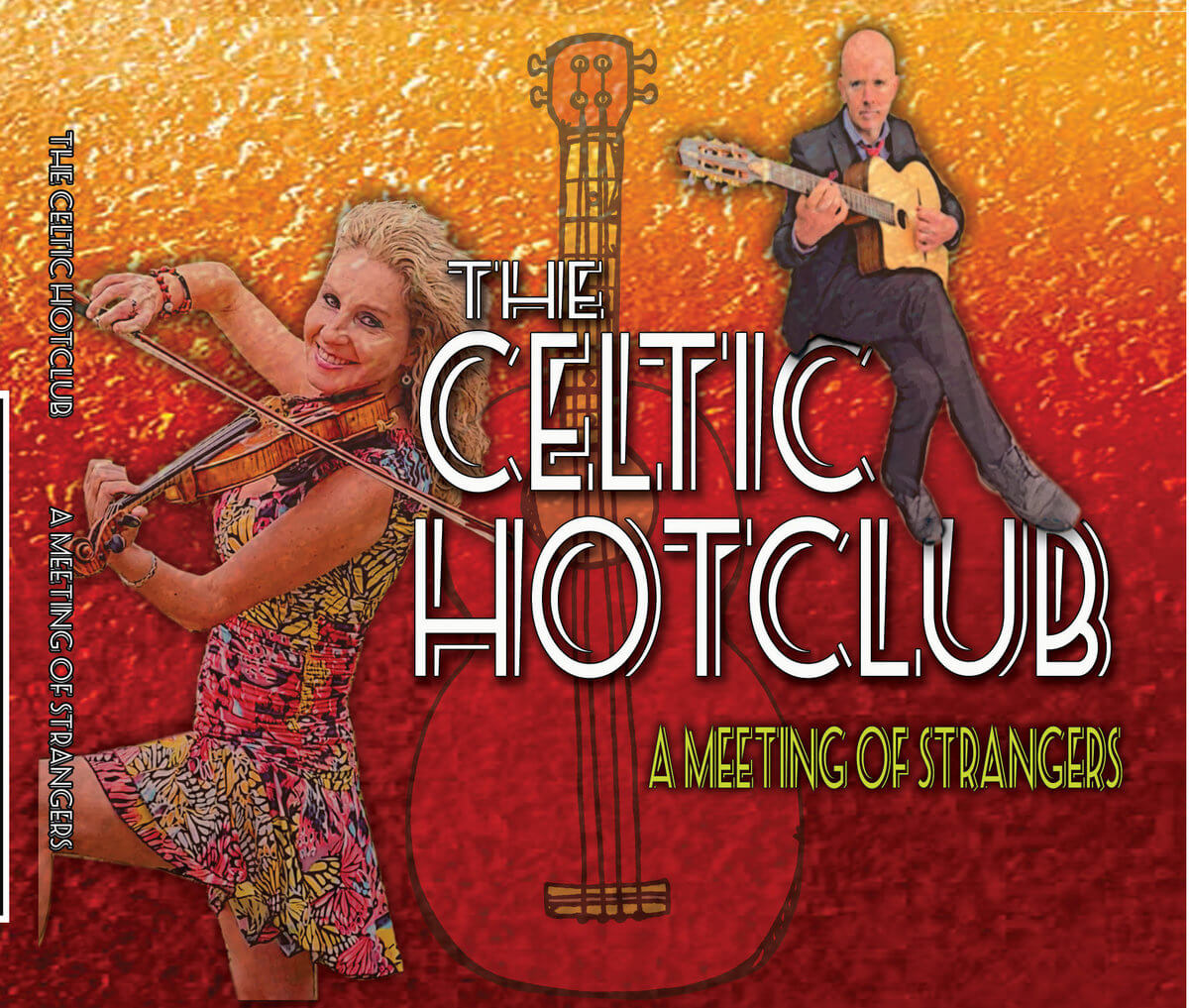 The Celtic Hotclub’s new album “A Meeting Of Strangers” was released on November 28th 2021 and is now available on Jazz Ireland, Bandcamp, Apple Music and Spotify.

The Celtic Hotclub are a band who play celtic fused Jazz Monouche (gypsy jazz). Traditional Irish melodies and devices are drawn upon liberally, to inform and inspire our gypsy jazz themes, interplay and improvisation.

More about The Celtic Hotclub

Anne’s musical journey began in West Limerick at the age of 5 when she began playing violin and piano in both Classical and traditional styles. Having studied at the Royal Irish Academy of music, she received her Bachelor’s & Master’s in Music. A Fulbright Scholarship enabled her to further her studies in Chicago at Northern Illinois University. Returning to Ireland she landed a principal role with the RTE Concert Orchestra working with international artists such as Placido Domingo, Michel LeGrand, Marvin Hamlish, Lalo Schifrin & John Lord.

Anne discovered a natural inclination towards singing after being inspired by the beauty of the French chanson, the wartime female vocalists & the hotclub scene of that period leading her to form her trio ‘FÉLANN’ During this musical exploration Anne felt a natural desire to return to her Celtic & traditional country roots.

Eamonn is an accomplished, highly experienced, professional Guitarist. Equally comfortable on Electric or Acoustic Guitar he is proficient in many styles including Jazz, Blues, Rock & Pop, Traditional Irish Music, Slide Guitar, Folk and Classical Music. His main love however, is Gypsy Jazz….The music of Django.

He has worked in the U.K , France and here in Ireland with The Abbey, Gaiety, and Olympia Theatres, The RTE National Concert Orchestra, and with The Essential and The Hothouse Big Bands. Eamonn has performed in The Bord Gais Energy Theatre, J.J.Smyth’s (Ireland’s foremost jazz club), The National Concert Hall, The Conference Centre and Vicar Street among others.

Vincent Jézéquel, better known as “Teck” is a self-taught guitarist. He started playing guitar in high school, where he got involved in a 70’s style original rock band. He later discovered Afrobeat, Malagasy music and reggae, founding several local bands who explored these different styles. He quickly got into gypsy jazz and soon becoming an in-demand rhythm guitarist in his home place of Brittany France., where he performs regularly.

Derek Whyte is currently a lecturer on the Jazz and Contemporary music course in Dublin City University. He has been teaching ensembles, rhythm, transcription and instrumental skills in many different music schools for over 15 years and during this time he has been heavily involved in the Dublin Jazz scene as a performer.

He has played consistently with many of the leading jazz musicians all over the country and has more recently been playing in some of the U.K’s more recognised Jazz Venues. Derek is also involved in many of the Dublin Jazz scene’s more experimental Jazz groups, many of which experiment extensively with unconventional approaches to Rhythm and Harmony. These groups include The Mike Nielsen Quartet, Electric Freeplay, Redivider and The Fuzzy Logic Ensemble. In more recent years, Derek has also begun orchestral playing with the Dublin Orchestral players.

The Celtic Hotclub’s new album “A Meeting Of Strangers” was released on November 28th 2021 and is now available on Jazz Ireland, Bandcamp, Apple Music and Spotify.

Connect with The Celtic Hotclub