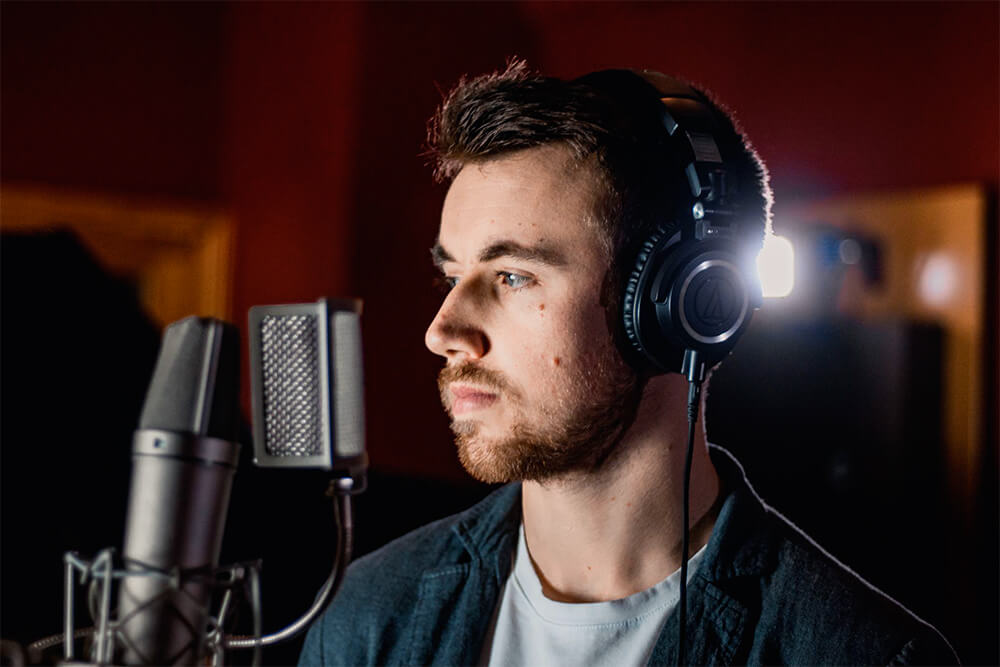 Friday, July 23rd, 2021 - ‘Fire & Rain’ is the latest single release from Jazz singer Bobby Mc. Based in Drumcondra, Bobby Mc is a young, exciting Jazz artist on the Irish music scene. Bobby first appeared on the professional music scene in Dublin at just 16, guided by his parents who have been playing for 30 years, he started as the halftime act. As a young adult, he took his first steps on his own into the music world and would soon be seen on TV stations and Theatres alike. His musical influences include Gregory Porter, Jamie Cullum, Carole King and James Taylor. Bobby’s version of ‘Fire & Rain’ is a unique rendition that brings a jazz and swing style to the track.

When asked about the creative process and recording, Bobby replied

“The recording process was a strange one. Shortly after Covid hit, my band split up for many different reasons, some were going back to college, some were leaving the country and others just couldn’t take risks with Covid. We had been playing a version of the new single at gigs for the previous year or two and people really responded well to it. It’s a bossa nova version of James Taylor’s ‘Fire and Rain’. I first heard a version like it while watching a show called ‘Daryl’s House’ on YouTube. It’s a show hosted by Daryl Hall from Hall & Oates in which he jams with artists and they play covers of each other's songs with their bands. This particular episode featured ‘Jose Feliciano’ and he played a version of ‘Fire and Rain’. I instantly fell in love and wanted to put my own stamp on the track and have been developing it ever since. An opportunity came up to record a live track in the famous Studio One at ‘Windmill Lane’. I obviously jumped on it but had to get a band together. I got my bass and keys from before, John Mc Gowan and Shane O’Connor, who had played with me many times before to do the session. I then contacted a seasoned session musician for drums who I’d gigged with before, Eoin Redmond. On guitar, I managed to get a brilliant guitar player I had heard good things about on the scene, Tadhg Leahy. We all met at the studio, with no rehearsal and recorded the song live. This famous studio that had been graced by historic bands like U2 amongst many others so it was a privilege. The track was then sent over to my independent label in London, ‘The Animal Farm’, for mixing and mastering. The track was produced by Mat Leppanen.”

When asked what he hoped his listeners would take away from the song, Bobby replied,

“I hope they take away what I feel I bring to my music, a low warm vocal and lots of beautiful melodies. I also hope they can hear the sound I’m developing with each single. Lastly, I hope they get the feeling of “Oh, I’ve never heard anyone play that song like that before”.

Bobby has performed at festivals such as ‘Taste of Dublin’ and ‘The Guinness Cork Jazz Festival’. He has been commissioned for gigs by some of the biggest companies in the world uch as ‘Google’ and ‘Facebook’. He has also put on his own two theatre shows, Bobby Mc’s Speakeasy and Take me to the alley - A night of Gregory Porter, to audiences of over 1,000 people in theatres around Dublin and Meath. His first tour was part of an Irish show called ‘Irish Dreams’ back in 2013 when he toured the north of Germany for three weeks and played venues that the Beatles had played back in the 60’s. He was also a Battle Show Contestant on ‘The Voice of Ireland’ that same year.

When asked about his future plans, Bobby responded,

“My plans for the future are to get back gigging with my band as quickly as possible, start booking some shows and work towards a tour in Europe. I am already in the process of working on the next single. I’m hoping to record that one in London later this year”.

Fire & Rain will be released across all streaming platforms on Friday, July 23rd.

Singing the hits of Legends such as Frank Sinatra, Bobby Darin, Nat King Cole and Michael Bublé to name a few, Bobby Mc has performed in many venues throughout Ireland. Now with 'Bobby Mc and The Dukes', these hits are performed with a complete Live Band

Over the past 4 years Bobby Mc has performed in venues such as The Sugar Club, Arthur’s Blues and Jazz Club, The Civic Theatre as well as appearing at The Guinness Cork Jazz Festival. He has taken his one man jazz act across the pond to The United States of America also for some time - singing live with tracks as well as playing the piano to perform all of the Great Jazz Classics, dating back to the 1960's to present day Swing.

Red is the founder and creator of Jazz Ireland, he actively maintains and develops the Jazz Ireland website and is very active on its social networking profiles.
More From The Author
TAGS: New Release, Bobby MC, Podge Kilbride, Mat Leppanen, Fire & Rain
0
Shares