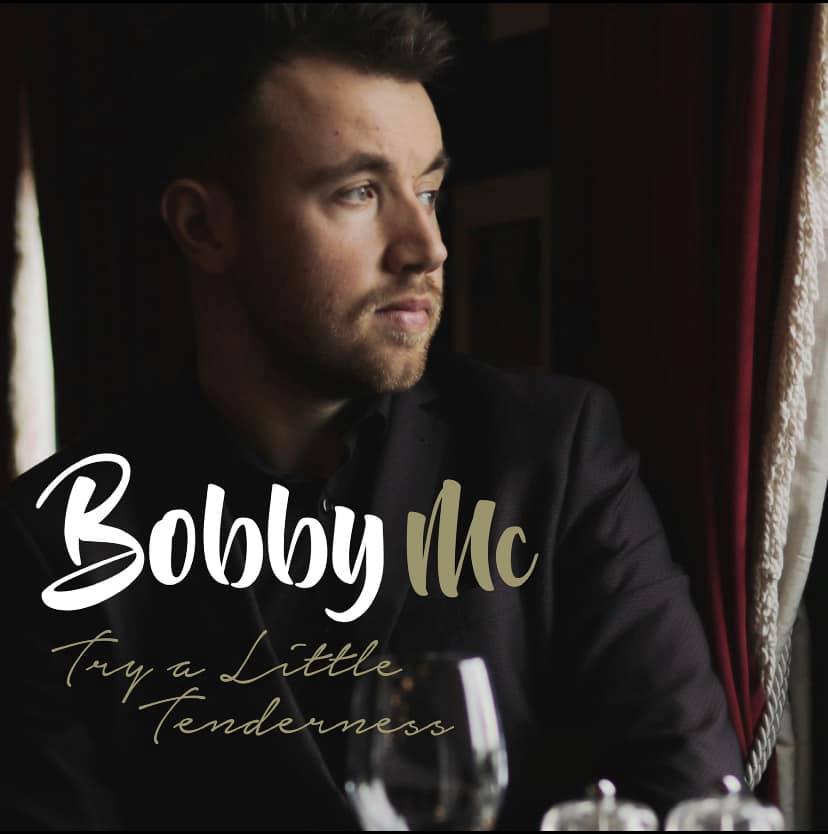 This is a song that most people will know but not like this. Although the song is almost 90 years old and been covered by many great artists like Otis Redding and Percy Sledge, Bobby Mc definitely puts his own feel on the classic with some modern touches. Produced by Mat Leppanen and released in conjunction with the London based independent label 'The Animal Farm', Bobby Mc's warm tones flow through this soul classic. He's joined on the track by Irish Piano Virtuoso Podge Kilbride.

Listen to “Try A Little Tenderness” from Bobby Mc

Singing the hits of Legends such as Frank Sinatra, Bobby Darin, Nat King Cole and Michael Bublé to name a few, Bobby Mc has performed in many venues throughout Ireland. Now with 'Bobby Mc and The Dukes', these hits are performed with a complete Live Band

Over the past 4 years Bobby Mc has performed in venues such as The Sugar Club, Arthur’s Blues and Jazz Club, The Civic Theatre as well as appearing at The Guinness Cork Jazz Festival. He has taken his one man jazz act across the pond to The United States of America also for some time - singing live with tracks as well as playing the piano to perform all of the Great Jazz Classics, dating back to the 1960's to present day Swing.

Red is the founder and creator of Jazz Ireland, he actively maintains and develops the Jazz Ireland website and is very active on its social networking profiles.
More From The Author
TAGS: New Release, Bobby MC, Try a little tenderness, Podge Kilbride, Mat Leppanen
0
Shares