The Fund for Phil 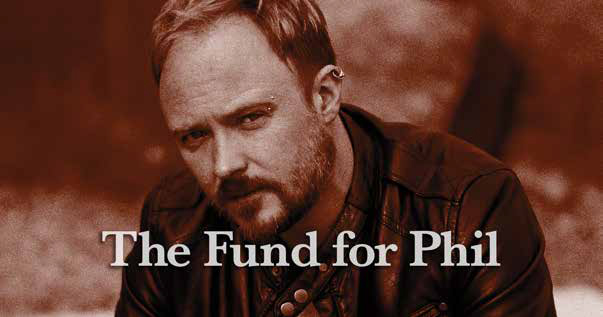 In June 2020, Phil Ware - one of Ireland’s leading jazz pianists - suffered a major stroke. His friends and musical colleagues have come together to form the Fund for Phil, to support him through this most challenging time and to raise money to help his rehabilitation.

Phil Ware is one of Ireland’s leading jazz musicians, a renowned pianist and an inspirational teacher, whose playing credits include some of Ireland’s - and the world’s - greatest musicians including Louis Stewart, Peter Bernstein, Perico Sambeat, Bobbie Wellins and Ian Shaw.

In June 2020, Phil suffered a major stroke due to a ruptured aneurism which has left him severely disabled and facing a long and expensive period of rehabilitation. The Fund for Phil is an official fund-raising campaign, endorsed by Phil’s family and closest friends, set up to support his ongoing recovery and governed by an independent board of trustees.

All monies raised by the fund will go directly to cover costs associated with Phil’s medical care and on-going rehabilitation, as determined by the board of trustees, which is made up of distinguished figures from the worlds of medicine, finance and music in Ireland. The members of the board of trustees are Honor Heffernan (musician); Kevin Brady (musician); Gaby Smyth (financial adviser); Dr. Colin Doherty (consultant neurologist); and Cormac Larkin (journalist).

Launching the Fund for Phil, his close friend and confidante Honor Heffernan, one of Ireland’s leading jazz vocalists, said

“Phil brought so much joy and light into the world with his playing. Now in his darkest hour, he needs our help. I know times are tough for everyone, but Phil is going through a life-changing illness and I hope his friends, and his fans, will dig deep to support his recovery.”

Speaking from her home in the England, Phil’s half-sister Alison Cooke said

“I am so touched and extremely grateful, that Phil has such wonderful friends in Ireland. He has made a great career and home for himself in Dublin and I really appreciate that his friends, there and elswhere, are rallying around to help him through this tragic ordeal. I am hopeful that with the right support, Phil will continue to progress.”

A number of benefit concerts have been planned, featuring many of Ireland’s leading jazz musicians, to raise money for Phil, but due to the pandemic restrictions, they cannot take place at the moment. In the meantime, Phil’s friends will be sharing past performances by Phil, and these will be appearing on social media channels in the coming days.

All donations to the Fund for Phil should be made via the link below:
https://www.gofundme.com/f/the-fund-for-phil

Red is the founder and creator of Jazz Ireland, he actively maintains and develops the Jazz Ireland website and is very active on its social networking profiles.
More From The Author
TAGS: Phil Ware, Fundraiser
0
Shares