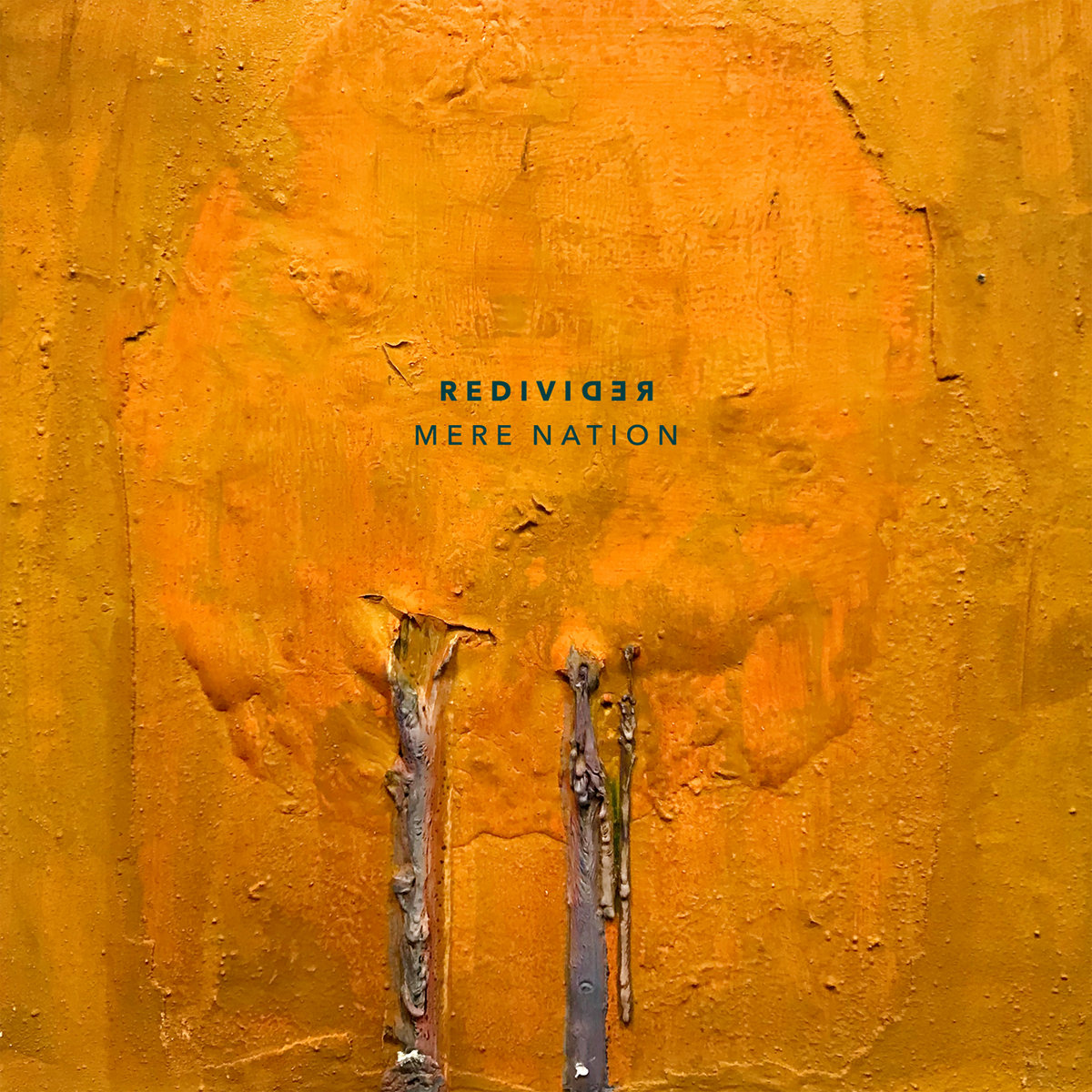 Mere Nation is the third Diatribe release from Dublin-based two-horns-no chords quartet ReDiviDeR. It follows ‘meets I Dig Monk, Tuned’ (2013) and ‘Never odd or eveN’ (2011), which were described as “an inspired endeavour” by No More Workhorse, “a big leap forward” by Marlbank and “a striking musical collage…recommended for those generally disposed to imaginative, genre-bending music” in All About Jazz.

The group, lead by drummer and composer Matthew Jacobson and completed by alto saxophonist Nick Roth, trombonist Colm O’Hara and bassist Derek Whyte, took a short sabbatical from performing after their last release, and in the last few years have been developing a new approach that aims to give maximum freedom to each of the musicians’ considerable improvisatory instincts, while still retaining Jacobson’s penchant for off-kilter grooves and interlocking melodies.

Having played together for almost fifteen years, the four musicians have developed an innate musical trust, allowing them to take risks and push boundaries, something truly reflected in this ‘live off the floor’ recording. The resulting six track album was engineered by Rian Trench in the Meadow, in leafy Co. Wicklow and mastered by Peter Beckmann’sTechnologyWorks in London, whose impressive credits list includes Kenny Wheeler, Sun Ra and Pharaoh Sanders and has resulted in a big sounding album and the most accurate recorded representation of ReDiviDeR’s trademark live sound to date.

Album artwork from Ukrainian artist Serhiy Savchenko's 'Eruptions' series also provides the perfect foil for ReDiviDeR's exploration of the area between composition and improvisation, order and chaos, restriction and freedom. In describing the series, Savchenko himself says: "The ratio of the artificial and spontaneous is a controlled process of natural inevitability. Iconographic images that reveal themselves under the influence of gravity, a color flow of information compressed into a single stream."

To mark the release of the album, ReDiviDeR performed at New Music Dublin 2020 in a triple bill with UK free improv trio BABs and French sxaophone duo Stéphane Payen | Guillaume Orti, as a part of a seven-record launch series by Diatribe Records artists supported by the Arts Council of Ireland / An Chomhairle Ealaíon.

“ReDiviDeR can hold their heads up with the most creative new jazz bands anywhere as there’s a thoughtfulness, swagger, and confidence about them that’s fresh and fulfilling and crucially they also really cut it live.”

“…drummer/leader Matthew Jacobson is a European jazz artist of growing charisma. [Tim] Berne and Jim Black fans, among others, will feel at home with this variously melodious and unswervingly exploratory music.”

"ReDiviDeR’s breadth was remarkable: all four players could with equal musicality play the subtlest free-jazz soundscapes as well as expressive solos and explosive, complex grooves."

You can purchase Mere Nation from Diatribe Records