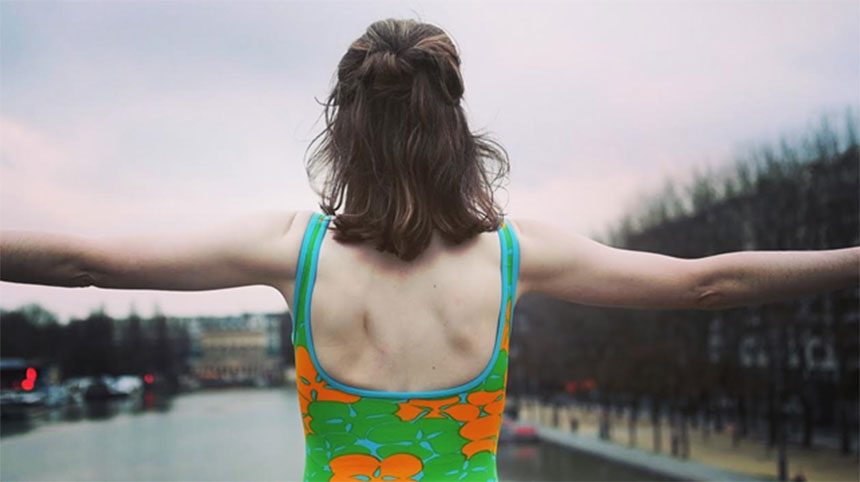 Paris based, Irish vocalist and songwriter, Liv Monaghan, has just released a music film for her song, Ocean Blues, from the EP, Beauty in the Park.

The film is a collaboration with up and coming Italian director, Sara Grimaldi. Following on from Horses, this marks their second music film collaboration.

The song, Ocean Blues, takes us on a surreal journey through both urban and natural landscapes, presenting us with a series of juxtaposed snapshots fused with a retro feel, both lyrically and musically.

The song has been praised for its bold sound, rich imagery and for the impressive display of technique from the trio which includes Sava Medan on Upright Bass and Srdjan Ivanovic on drums.

For the film, Sara Grimaldi plays with this juxtaposition in the song by locating it in both the hyper-real, urban 19th district of Paris and another imaginative space of vintage swimmers and bathing suits.

Ocean Blues appears on the EP, Beauty in the Park, which you can get from the links below:

Songs from Beauty in the Park have been played on RTE Lyric Fm, FIP radio France, Jazz Box Radio France and CBC radio Canada as well as a variety of Podcasts.

A full length original album is currently in progress.

Praise for Liv Monaghan and Beauty in the Park

“Horses is a gem for my ears”

“Liv Monaghan sings with her heart”

“Horses is a beauty”

Red is the founder and creator of Jazz Ireland, he actively maintains and develops the Jazz Ireland website and is very active on its social networking profiles.
More From The Author
TAGS: Album Releases, Liv Monaghan, Music Video, Beauty in the Park
0
Shares