Night Vision – the ability to see in the dark, lucid dreaming, trusting the unknown.

The composition for this project began in June 2020 on an artist’s residency in Mayo with the Na Cailleacha women’s art collective. I went with two words in my head, deeper still, not knowing what they might mean, but feeling they would be a guide. At first it was the elemental landscape, ancient human history, the rocks and stormy seas, the depth of the peat bogs, deep time.

Back home I continued playing with ideas and the meaning of deeper still began to change, becoming more of an inward spiritual journey. Home-bound as we all were, I observed the different lives around me- fox, hedgehog and bird. I wanted to give voice to the world outside of myself, to other species. It’s hard to find a real wildness in our cultivated landscape but I found it in the insect world, right there in my garden and in my house. How alien, how interesting!

Creatures at night have skills and intelligence beyond our own, beings that see in the dark. Light pollution is affecting so many populations, particularly insects, and their world is intimately bound with our human lives and the well-being of other lives.

The process of rehearsing and recording was delayed by the pandemic. By the time we were able to record, I had plenty of material, but perhaps, had spent too long alone. As we laid down the tracks, some worked, and some didn’t. On the last day Ivan pressed record and suggested we played freely. We spent an hour improvising and the magic happened. The meaning of deeper still took another swerve and became the process of trust, of entering the collective creative mind, of fresh thought and intimacy. To me the music is mysterious, elusive, playful and unafraid. 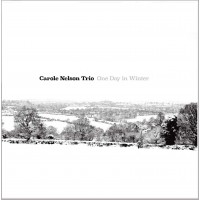 One Day In Winter 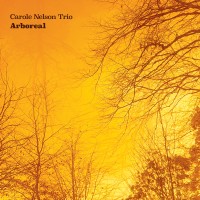 One Day In Winter CD 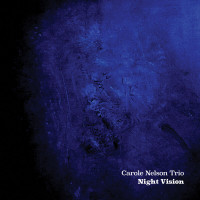