Christine Bovill beckons you back to the Golden Age of French Song, a moving theatrical homage to one of France’s most endearing icons.

No glamour. No gimmicks. No pretense. Nothing but a voice, singing of life’s triumphs and tragedies.

Who was Edith Piaf? And how did she come to represent the spirit of Paris like no- one before or since?

Her life is as well documented as her legendary voice - a child of the Paris streets who rose, via a tragic life of drink, drugs and death at 48, to become the best-known chanteuse in America and throughout the world. She lived the passionate life of a “sacre monstre”, loving, laughing, crying, drinking, taking and giving to excess. There were no half-measures.

Despite the sorrow of Piaf’s story, this is an evening of celebration – a tale of human triumph over tragedy; and, at its heart, a unique performance by a woman widely regarded as one of the finest interpreters of French Song.

Christine Bovill’s PIAF, as much a play as it is a musical journey, is a moving theatrical homage to one of France’s most endearing icons; celebrating some of her best-known songs, threaded with Piaf’s story, and Christine’s own remarkable journey in the world of chanson.

An award-winning songwriter in her own right, Bovill has toured throughout Europe and the Far East with her self-penned homage to the Little Sparrow, appearing on BBC Newsnight and on BBC Radio 4’s series, Soul Music. During her EdinburghFringe sell-out run at the Famous Speigeltent, Bovill realised a lifelong dream when she shared the stage with Charles Dumont, great friend of Piaf and, most famously, composer of Non, Je ne Regrette Rien. They performed several songs together to close the show. PIAF was awarded the Fringe laurels for Total Sell Out Show 2011 and 2012. It received 5 STAR reviews from some of the most respected publications (including The Scotsman).

‘If you love music, and you want to experience something extraordinary, then run, fly, race to book your ticket immediately’ 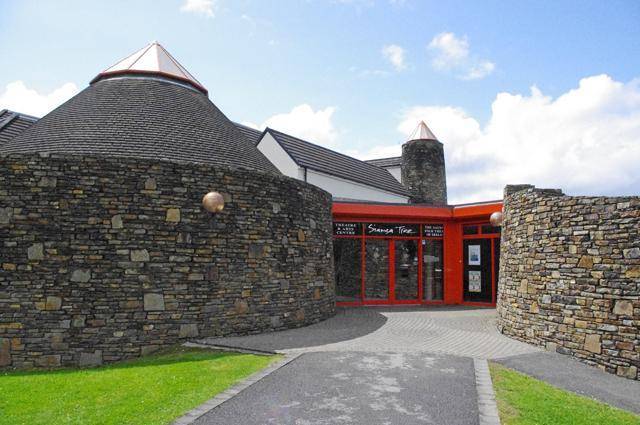 Siamsa Tíre is one of the busiest theatres and arts centres in the country.  As home to the National Folk Theatre, we present five months of folk theatre productions from our repertoire between May and September.  We also train young people in the traditional arts, produce new work and tour internationally throughout the rest of the year.